We all know that there are certain inescapable quotations in the art world: the opening of certain exhibitions, big auctions,… but, above all, fairs have the power to bring the most outstanding figures in the art world. Some people to see, others to buy art and others to be seen. From the outside it seems like a phenomenon, but from inside there are many ways to see it and to live it.

Throughout this year 2017 we have had the opportunity to see several fairs that have attracted attention: on 8 – 12 February we found Zona MACO, an interesting Mexican fair; ARCOMadrid arrives on 22 – 26 February; Art BASEL Hong Kong on 21 – 25 March; Art Brussels from 21 to 23 April; Frieze New York between May 5 and 7; ARCOLisboa 18 – 21 May; Art BASEL from 12 to 18 June; and after a small summer break, Frieze London from 5 to 8 October; FIAC from 19 to 22 October; and finally Art BASEL Miami from 7 to 10 December.

Of all these fairs, undoubtedly at the Spanish level, we chose ARCOMadrid, located in the week of art in Madrid and that brings to head all the professionals of the sector: ARCOmadrid is not just an art fair. ARCOmadrid is much more. When you visit the fair for the first time, you find lots of people talking, enjoying. It is true that the galleries do not breathe, they do not stop. Its representatives do not cease in their work: speak, give cards, inform, explain. The matter is more than clear.

In terms of numbers, it is clear that ARCOMadrid was profitable: it was the best of the last seven years, according to Carlos Urroz, selling off more than one million euros in art purchases this year, and according to Clare McAndrew, these sales mark 60% of those that will be made during the year. It will have to be analyzed in a few months…

Within the paradigm of Madrid and its ARCO, we find other small samples that are not left behind. Not much less. We have ArtMadrid, within the City Hall, JustMad in Chueca, Hybrid (Santa Bárbara), Drawing Room (C / Velázquez, 12),… and many others, as well as the night parties that run through the capital dedicated to these professionals of art and culture. Of all of them, perhaps the most striking and special result is Hybrid: located in one of the nerve centers of Madrid’s Cervecería, it shows a series of artists who present themselves as a real emergent art in the rooms of a hotel.

Definitely, art fairs are a great time to travel and to know new places, since the climate that is generated in the host city is special, magical and unique for art lovers. 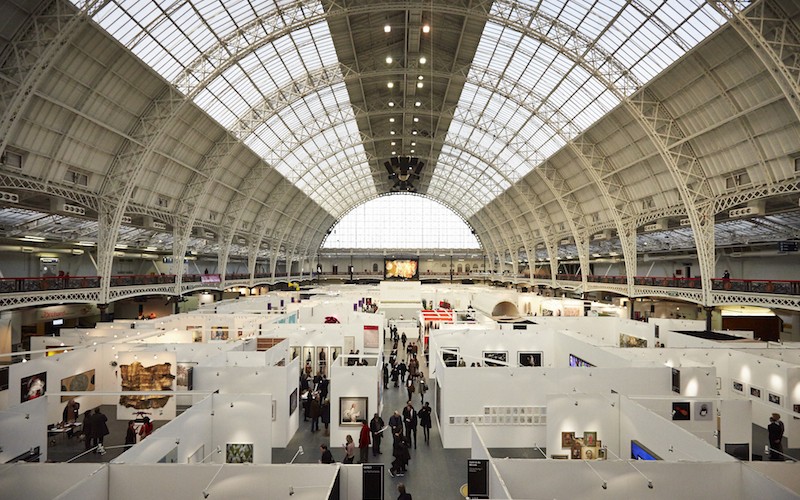