Art and fashion, a tempestuous relationship

Designing fashion is an intrinsically artistic fact. There is an aesthetic component that ends intimately linked to art. Art has a powerful element that is substantial aesthetics, since the dawn of time. Even when art was no more than a sobering element (eg, Middle Ages), the aesthetics needed to function as such were there.

Currently seeing that relationship between fashion and art is simple. We see how Dalí made fashion designs, we see how Takashi Murakami makes graphics for Louis Vouitton and we see the dress “Mondrian” by Yves Saint Laurent. We can even point out the collaboration that the Metropolitan Museum of New York carries out year after year along with expert curators in the fashion world such as Anna Wintour, director of Vogue, with its exhibitions based entirely on fashion. Right now we can see Museo del Traje, in Madrid, which now has the temporary exhibition “Sombrealismo”, until December 10th.

Along with these exhibitions we see the Met Ball of the Met Fashion Department (Metropolitan Museum of New York, mentioned previously), an event that counts among its assistants with the most outstanding designers, models, artists,… making a curious and increasingly common union between something that, in essence, is really similar.

The first was organized by Eleonor Lambert, a New York Upper East Side high society member and founder of the Best Dressed International List. Currently and since 1995 it is directed by Anna Wintour, making it a global phenomenon. It has been held since 1948, when the Costume Institute was founded, and functions as a charity event in which money is raised for the MET Fashion Department, which depends entirely on these funds as an annual budget. As it happens in the great artistic events, there is an economic and advertising underworld that uses marketing and caching as a real throwing weapon for large firms. 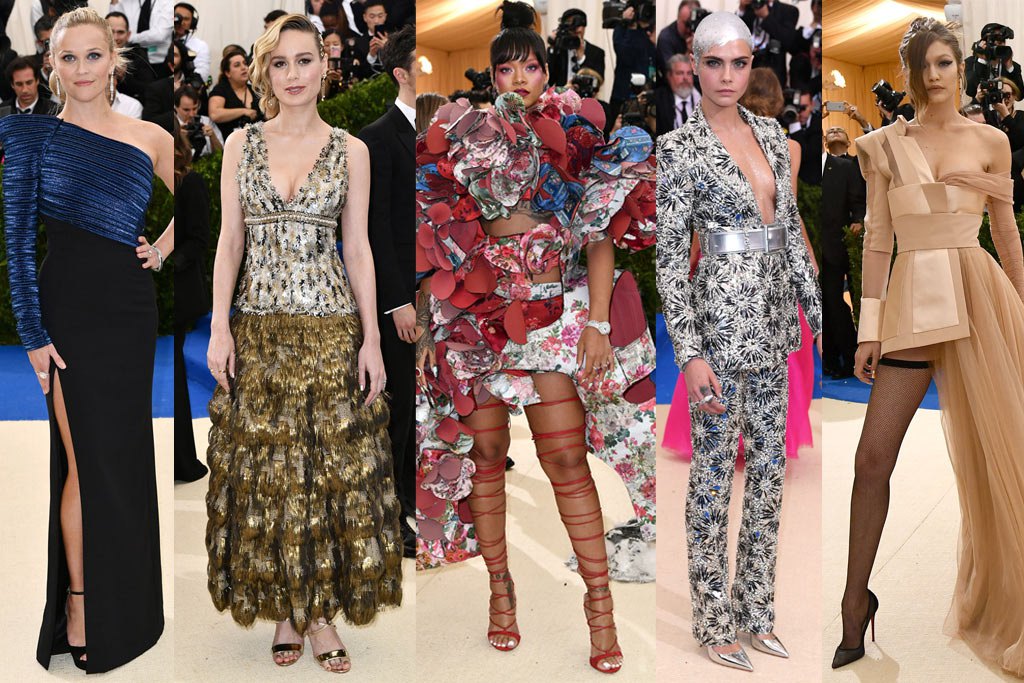 Of course, this generates a series of discrepancies facing other departments of the Museum. In 2016, 14 million dollars were raised on the night of the gala, which is practically the same amount as the hole in the famous Met, according to experts in the field for the mismanagement of its former director, Tom Campbell.

This year it was a tribute to Rei Kawakubo, a Japanese designer who continues today among us, which is a milestone: not honored a living artist since 1983. Wintour, as organizer, has the last word in almost everything. There are 700 guests, divided between their decision and that of the sponsors of the event: Warner Bros, Apple, Farfecht, H & M and Maison Valentino.

If we return to the previous dialogue about how art and fashion are similar, generating an aesthetic tension in both fields inherent in essence, we see that international designers like Stella McCartney and some Spaniards agree with this idea, such as Aníbal Vallejo, but also characters from the art world, experts like Jaime Cerón.

Another point in which art and fashion are in tune is the reference to collecting. Art collectors are able to be absolutely aware of certain events in order to acquire the work they are looking for. Something similar happens with fashion. Certain items are exclusive and require special attention if your purchase is desired.