Aida Pascual joined the kreislerart.com family last year and we planned a show of her work at the PhotoEspaña20 Off Festival. Unfortunately, due to the pandemic situation, we were not able to do the face-to-face presentation that we would have liked. 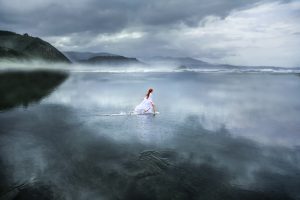 So a year later we are going to do that exhibition, not in an Art gallery as we had planned, but in a Hospital! As part of the work that we started a few months ago supporting the [H]ARTE Foundation and with the support of PhotoEspaña, we are going to hold a very special exhibition at the San Rafael Hospital in Madrid. 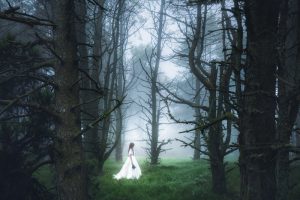 I want to especially thank PhotoEspaña for its generosity in opening its shows to a space as special as a hospital and sharing our vision that the important thing is that Art reaches everybody. 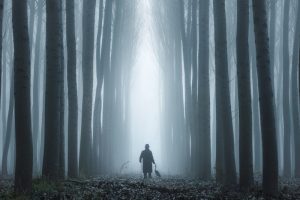 We are very thankful too to Hospital San Rafael, for its generosity in opening its doors and walls to us to organize this exhibition and many more that we plan to do together in the future. We could not have had a better reception of such an emblematic hospital in the city of Madrid. 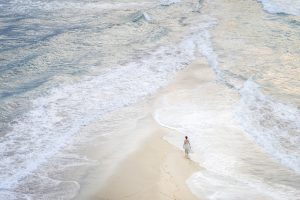 And of course to our dear Aida, who with her wonderful photos manages to transport us to that dreamed and longed for space, Arcadia, an imaginary place, created and described by numerous poets and artists, which refers to a utopian territory in which man lives in communion with nature. 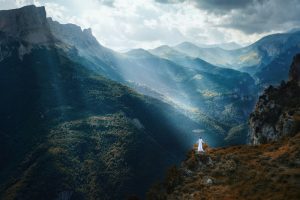 This show is a photographic work that aims to create a harmonious unity between man and the landscape that surrounds him, a reflection on the supremacy of the natural order over the human will, the dialogue of the individual with the inadequacy of the whole. 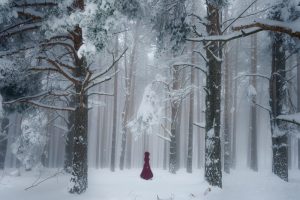 We see small figures, lost in thought, which when appearing from behind or when not recognizable become archetypes with which the viewer can identify. Photography in which the representation of open and limitless spaces, in which man is represented in his real insignificance, is the source of inspiration for the images in this photographic series.

It is a project in which nature is the key element and occupies a central role, without any sign of human intervention in it. The true protagonist is the landscape, infinite and eternal compared to human finality. Dramatic scenes are shown in their powerful immensity, in which the presence of man is nothing more than the confirmation of his own insignificance. The true protagonists are the sky, the sea, the clouds, the trees and, above all, the solitude.