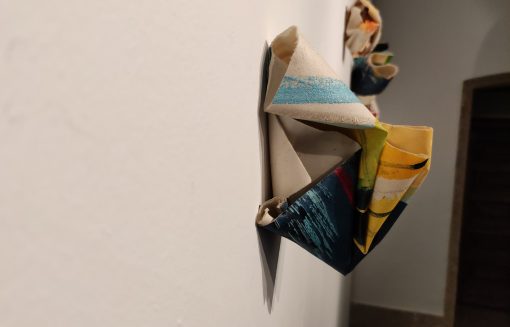 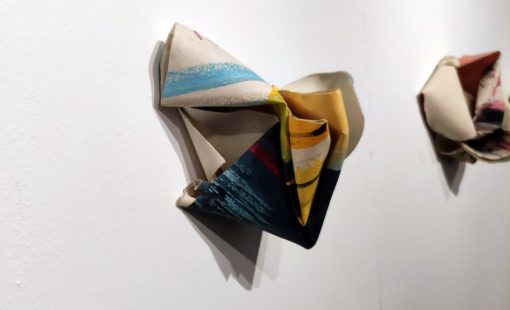 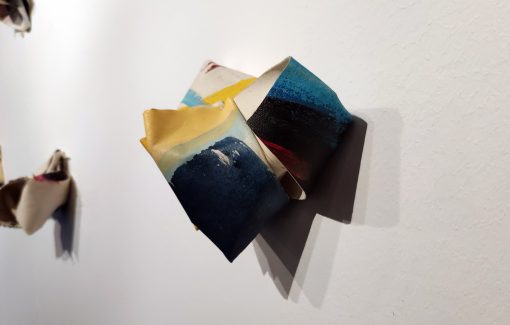 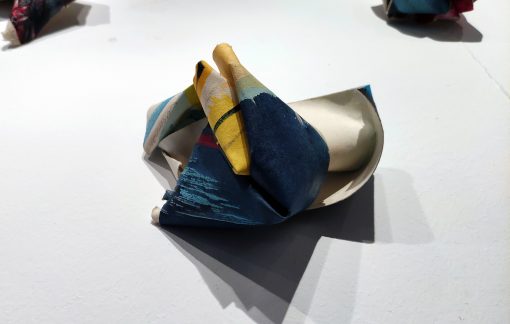 This series of textile sculptures is born from the reflection ​on​ the construction of the identity ​through time. They are ​created with paintings from some years ago that I have destroyed for giving them a new entity. I feel strongly identified with my work, I feel it is a part of me. So that, destroying my work from the past, for giving it a new shape and so, a new life, it is an image of how the past builds present. I ​am today because I ​was yesterday, ​and ​​because I was ‘that one’. Transformation is also an assimilation of that past. Thus, what hides inside the first sculptures, starts to show up little by little on​ the​ following, and exhibits on the last ones in a much more explicit way. The paintings serving today as raw material were already in volume. Volume has been a part of my ​visual ​language for more than 15 years.

The sculpture is protected with a very thin resin layer. It is possible to use a duster and even to pass a slightly wet rag

This concrete piece, Luz en la noche, is built from a painting called De tejados y otras cuadraturas. I painted it in Paris on 2008 and it was exhibited in Valencia the very same year, in galeria Puchol.

It has a powerful magnet inside for attaching it on a screw on the wall. A frame could be placed around, on the wall. The piece could be suspended on a frame, standing on a surface.